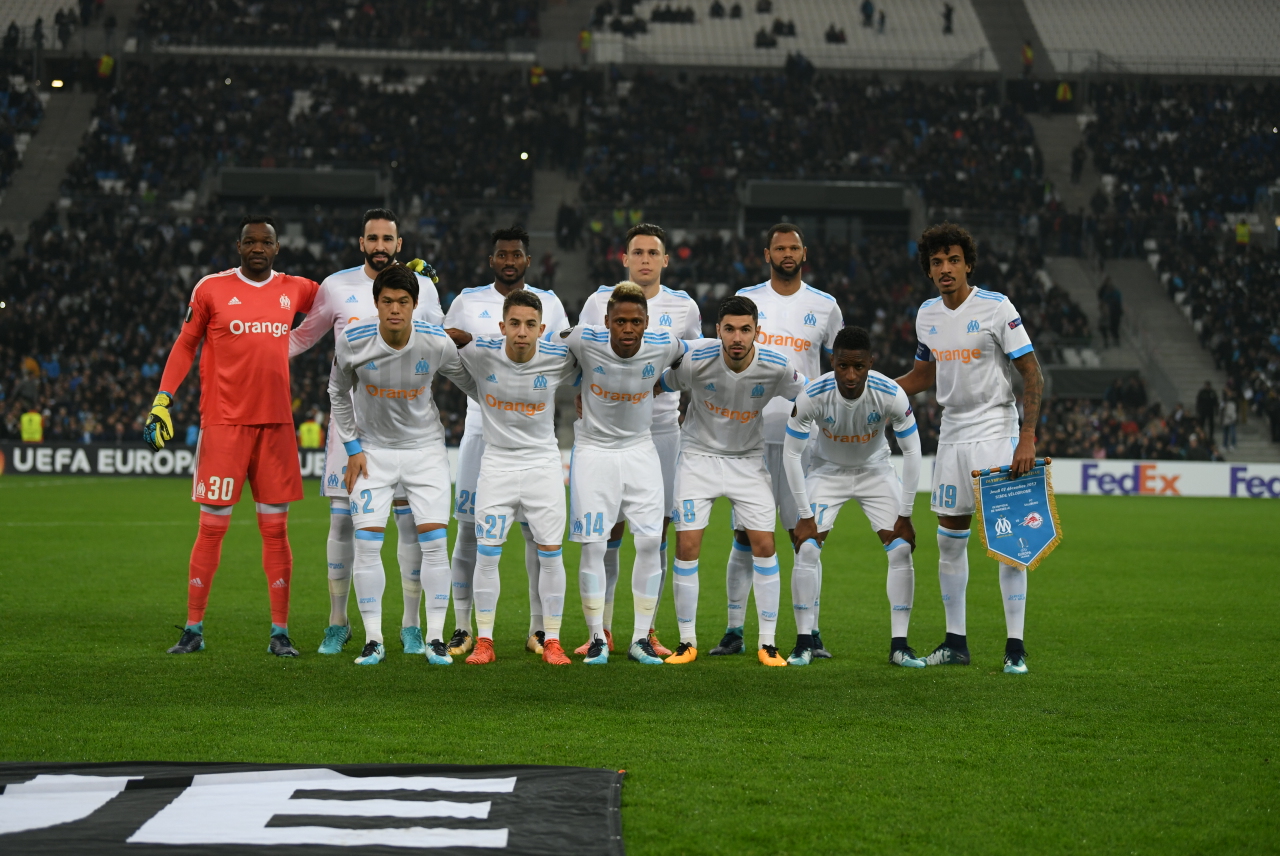 In order to continue their European adventure, OM needed to at least draw against a Salzburg line-up which has already qualified and is guaranteed to finish top of Group I. But since it is oh so difficult to play to a draw, Rudi Garcia named a winning line-up with five changes compared to the draw last Sunday at la Mosson: Rolando, Lopez, Ocampos, Njie and Sarr replaced Abdennour, Thauvin, Payet, Germain and a suspended Amavi.
The first half was marked by a technical display too poor to really threaten Walke's goal. The passes weren't always on target, the centres didn't necessarily find any receivers, the interceptions were sometimes badly handled. Yet OM was the team that seemed more at ease on the pitch. The pressing was solid, they regained possession quickly, often quite far up the pitch, and the defence was impenetrable. You only need to look at the number of shots in Mandanda's direction for proof: 3 strikes, of which two were blocked by the defence and one was off-target. For the men in white it was a bit better, but no shots were on target in the first 45 minutes. Zambo Anguissa, Sanson and Ocampos had the most straightforward opportunities without managing to score… 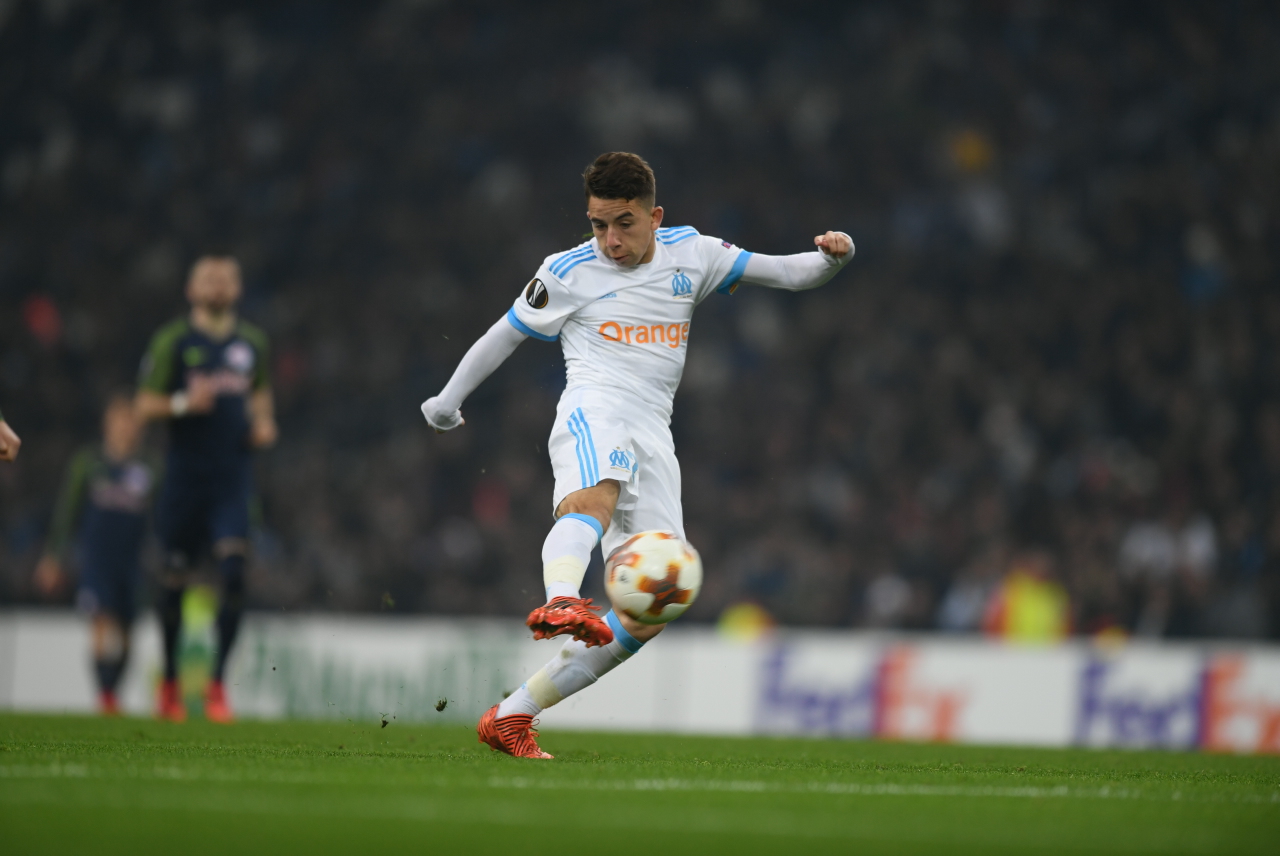 The first shot on target was after the restart when Gulbrandsen found the post of the watchful French keeper. In the aftermath, OM also finally got a shot on-target through Lopez, whose half-volley failed to beat Walke. This exchange lifted the spirits of all 22 players but particularly the Olympiens. They tried to connect better and make one-touch combinations. Ocampos and Njie got in each others' way and couldn't regain possession right in front of the goal. Sarr, set up nicely on the right by Sanson, forced Walke to put on a good display. Mandanda was also tested by a direct free kick from Berisha. This came at the end of a strong period of Austrian play which didn't last, particularly thanks to the efforts of Payet, who came on for Sanson. Sarr mounted a beautiful attack into the opposition's half, flicking the ball beyond his defender and accelerating past, but his low cross was gathered up by the Salzburg keeper. Germain was thrown into the arena to bring some more movement into the game. He made his mark with a good deep ball from Payet but his shot was deflected by Walke. 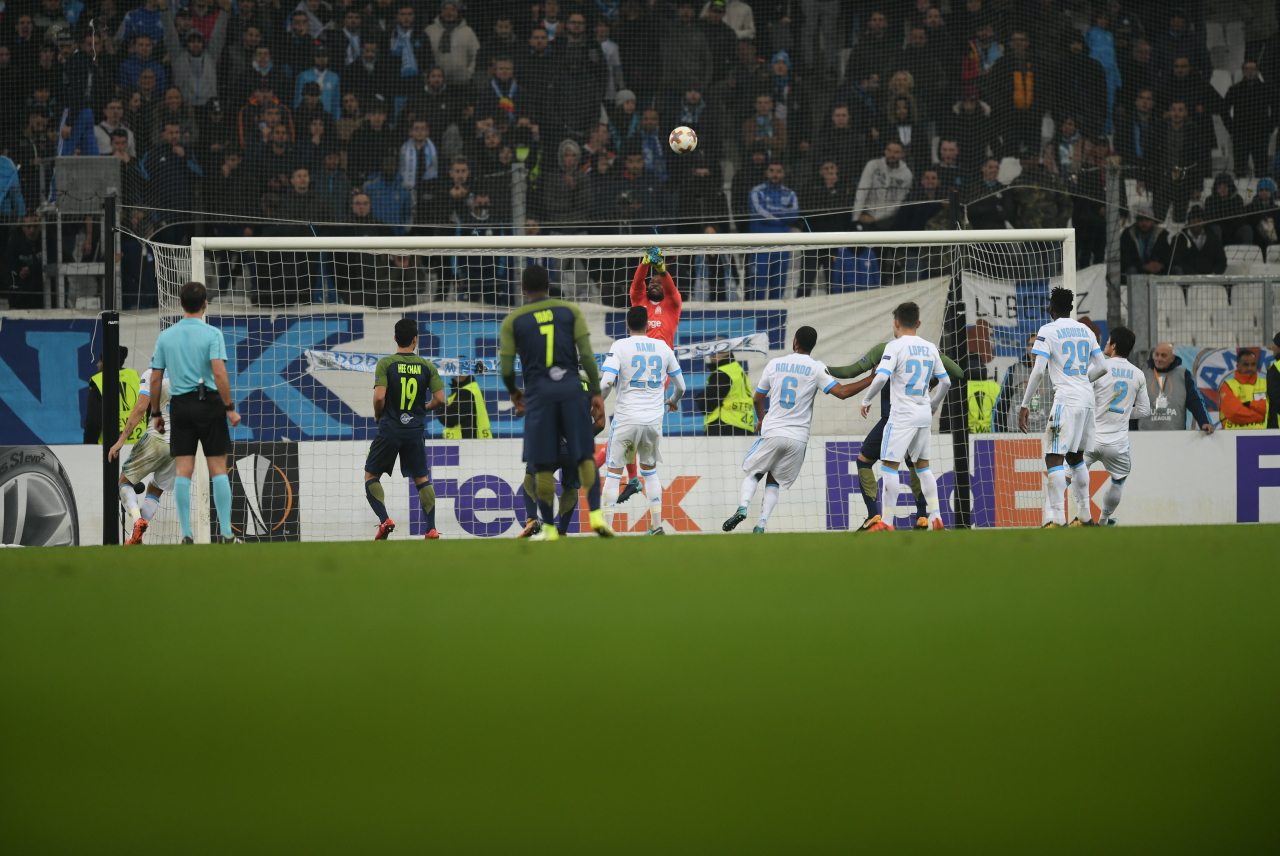 The draw was enough for the Olympiens to clinch a ticket to the next round of the Europa League. They weren't able to win this match, but they didn't lose either, and they didn't concede a goal. The 23,865 spectators at the Orange Vélodrome would have loved to see OM impose themselves, but the crucial fact is this: thanks to this point, the club holds onto second place in Group I. The team will be comfortably through to the random draw next Monday, and will also be there in the last 16 in February 2018. The adventure continues…

The OM line-up for the away game against Angers SCO at Raymond-Kopa stadium. Kick-off at 9pm.

The OM players chosen by Igor Tudor for the away game at Angers.