Ligue 1 Conforama
Analyse
Posted by
OM.fr
Partager le contenu
Twitter Facebook LinkedIN
copy url
With a 3-1 win over Nîmes, OM ended 2019 on a high note and will spend the holidays on the podium!

He was uncertain for this match, no risk was taken: Steve Mandanda had forfeited to face Nimes. The Olympian goalkeeper was replaced by Yohann Pele to take on the Gardois, after he was injured in the Metz match.
In addition to the goalkeeper, two other changes were made to his starting eleven: Radonjic, who had scored three goals in the last four games, was named in place of Bouna Sarr. Caleta-Car was back in the centre-half role alongside Alvaro Gonzalez. Boubacar Kamara moved up a notch in midfield. André-Villas Boas was back to his usual 4-3-3.

In the absence of Steve Mandanda, Dimitri Payet recovered the captain's armband. The Olympian midfielder also received a framed jersey in honour of his 200th game played in the Olympian colours: it was last week against Metz (1-1). Payet, scorer of the third goal of the match, was greeted by the entire Marseille public who came in large numbers: 59043 spectators in total! 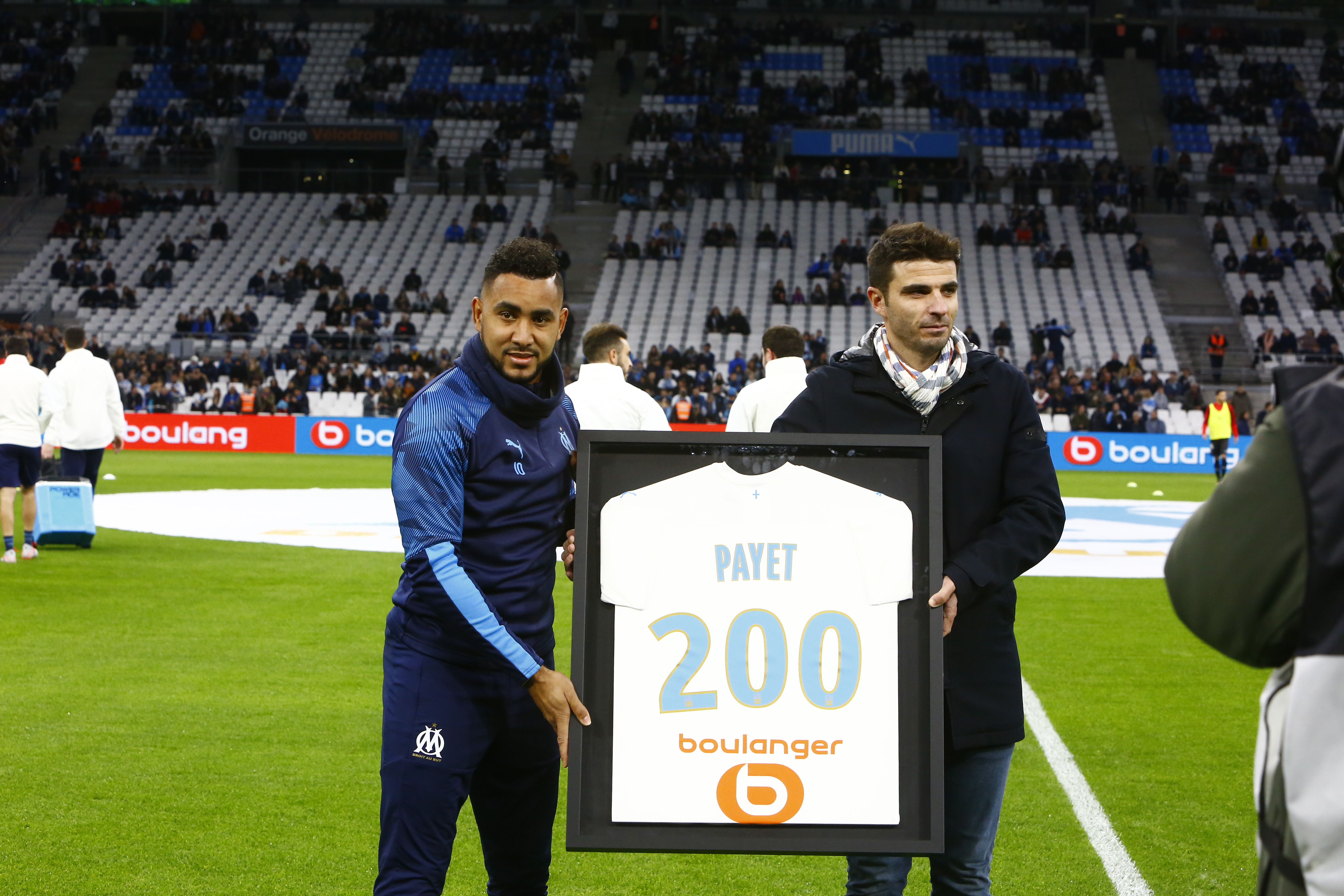 Both teams went into the dressing room with a goalless draw, but Paul Bernardoni is to blame. He made a number of saves, six in total in the second half, including a magnificent header from Caleta-Car. From a Payet corner, Rongier volleyed the ball out of the box, but it was perfectly hit and equalled to by Bernardoni.

OM could not have entered the second half better. The Olympians immediately went forward and Benedetto fired in a cross from the right. Payet was on the move, but it was Nîmes full-back Alakouch who finally pushed the ball into his own net. The goal freed the Olympians, who occupied the Nîmes camp most of the time. Six minutes after the first goal, the referee called on the VAR and cancelled out Payet's goal, which was blocked by Benedetto who was ruled offside.

After several attempts, the Olympians finally widened the gap. Payet started a rush, then found Sanson on his right. The Olympian midfielder's shot was cleared off the foot by Bernardoni. Benedetto was the goalscorer as he popped up at the far post and scored the second Olympic goal. Finally, Dimitri Payet scored the third goal before being substituted.
In injury time, Briancon reduced the deficit for Nimes.

It's the winter break! The first part of the season is already over and after nineteen championship games, OM is second in the standings with 38 points (11 wins, 5 draws and 3 losses). OM will start its year 2020 with a trip to Trélissac for the round of 64 in the French Cup on Sunday, January 5th.

Happy holidays to all!

As against Lille, OM snatched a draw in the last minute of stoppage time thanks to Morgan Sanson.

The 11 OM players chosen by André Villas-Boas for the game OM-FC Metz, saturday at Orange Vélodrome...