Analyse
Ligue 1 Conforama
Posted by
OM.fr
Share the content
Twitter Facebook LinkedIN
copy url
Trailing at Lille, OM redoubled their efforts to reverse the trend and win thanks to Benedetto and an own goal from Reinildo.

André Villas-Boas is facing a major setback against LOSC when his top scorer, Dimitri Payet (8 goals), is out of the squad. The Portuguese coach, however, has made several changes, with Benedetto in the starting line-up at the helm of the Olympian attack. Benedetto is a regular in the Olympian attack, as are Caleta-Car and Amavi, who were suspended in the French Cup and are now back in defence.

Left on the bench against Lyon, Steve Mandanda is back on the captain's armband. In midfield, Kamara is surrounded by Rongier and Sanson alongside him. Sarr, Benedetto and Valère Germain were in the attacking zone.
Andre Villas-Boas returns to his 4-3-3 set-up.

It's the kind of game no team wants to lose in which it's hard to find spaces. However, in the fourth minute Osimhen was found through and saw his shot superbly deflected by Steve Mandanda. The Olympian captain was soon called into action again on the quarter-hour mark as Remy's shot was cleared off the line. L'OM held firm in the high tempo of Lille and got their first chance from Amavi. The left-back found Sanson, who was on the edge of Sarr's box. Sarr handed the ball to him and Sanson hit the ball but could not find the target. In a complicated first half dominated by Lille, and marred by three yellow cards against Caleta-Car, Amavi and Benedetto, both teams went into the dressing room with a goalless draw. 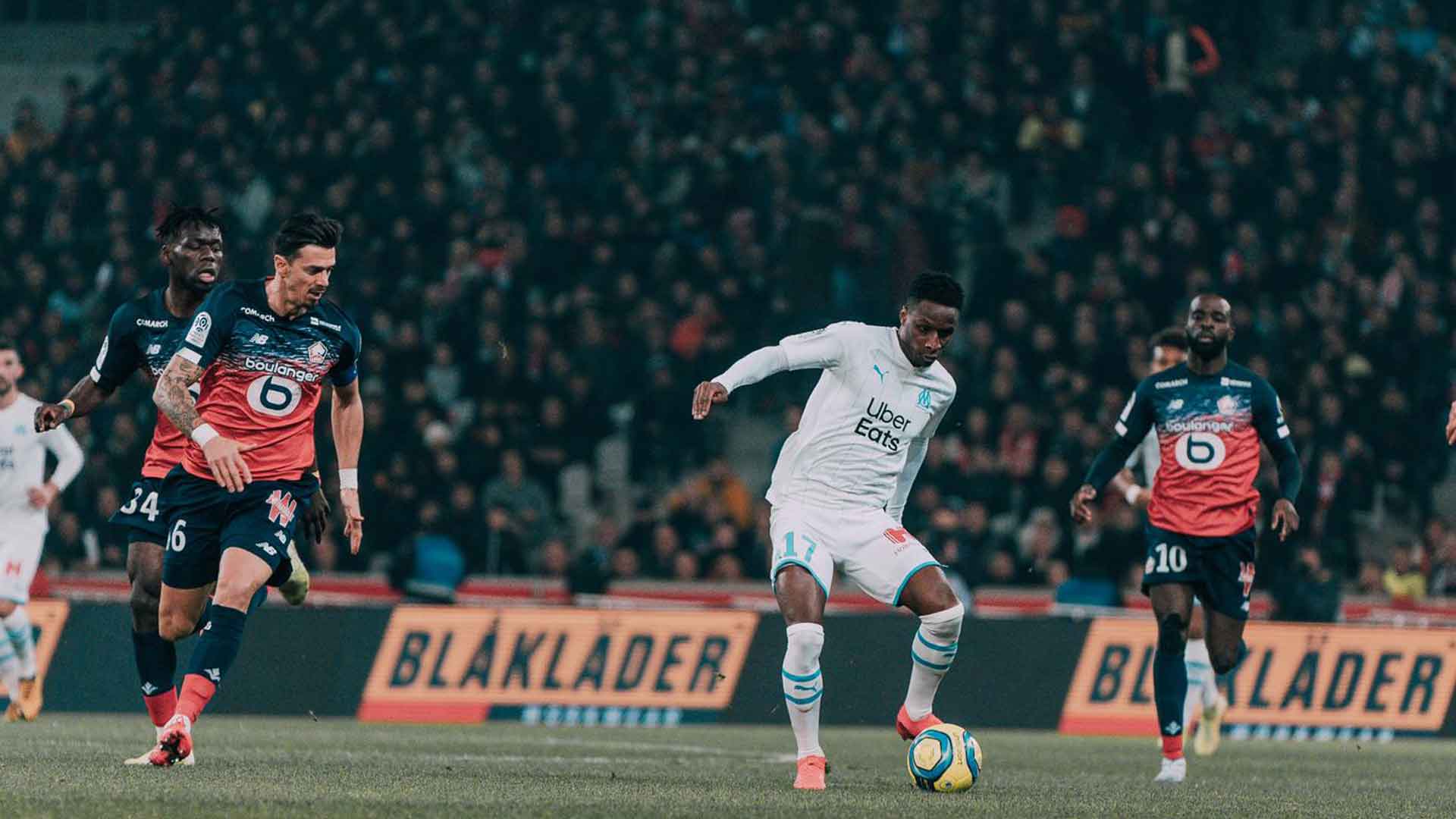 The second half could not have got off to a worse start for Villas-Boas' men, who conceded a goal straight away. Osimhen, who was launched by Bamba, won the head-to-head with Mandanda. The Olympians were given a second alert with another Lille goal, from Rémy, but denied for an offside position. Led by a goal, the Olympians gave a little more of themselves. Bouna Sarr was mowed down in the penalty area and Valentin Rongier missed a penalty. The rest of the match turned in favour of Marseille.

It took the Olympians just two short minutes to turn the tide in this match. Marseille pushed for an equaliser and were rewarded for their efforts. A corner from Sanson's corner was headed in by Germain at the near post. His header was deflected by Reinildo into his own goal. In the next attack it was Pipa Benedetto who picked up an excellent cross from Germain. The Argentinian striker was back in the net and his joy could be seen on his face. L'OM have now gone 14 games unbeaten in a row in Ligue 1 Conforama.

L'OM emerged victorious from this top-of-the-table duel and extended their lead over their pursuers. The Olympians now have an 11-point lead over Rennes and a 12-point advantage over tonight's opponents Lille. It's the perfect weekend. The Olympians' next match is a home game against FC Nantes on Saturday 22 February at 5.30pm.

The Olympiens were leading 3-2 but suffered an equaliser from Montpellier in the very last moments...

The OM lineup for the game against Montpellier at La Mosson stadium. Kick off at 9pm.