One more season for Yohann Pelé

Transfer
Signature
Posted by
OM.fr
Partager le contenu
Twitter Facebook LinkedIN
copy url
Approachign the end of his contract at the end of this season, Yohann Pelé has had his contract extended with Olympique de Marseille. He will remain an Olympien in 2020-2021.

It was in the 2015 summer transfer window that Yohann Pelé arrived in Marseille to back up Steve Mandanda. He played his first match with the Club in the Coupe de la Ligue, in Bourg-en-Bresse, seeing OM through. The following season, 2015-2016, Steve Mandanda left Marseille and the Olympien leadership put the former backup into the No. 1 goalkeeper position. If a lack of rhythm was felt during his first appearances, Yohann Pelé quickly adapted in the Olympien goal and was ultimately one of the key players in qualifying for the Europa League.
The following season, Mandanda returned to Marseille and Pelé remained at the Club. He did well: Steve sustained injuries and Yohann replaced him brilliantly, such as in the Europa League where he delivered his team to the final. Again, this season "the Albatross" was decisive when André Villas-Boas called on him. In December, in Metz, he saved a penalty to allow his team to come back with an important point. A few weeks later he stopped another, in Lyon in the Coupe de France, leaving his teammates tied in an important time in the game. In 5 seasons at OM, Yohann has played 85 matches, including two European semi-finals, with 29 clean-sheets.

While his great Olympien adventure could have ended here, the Club has extended Yohann Pelé's contract by one year. His professionalism and experience are important elements in the group. 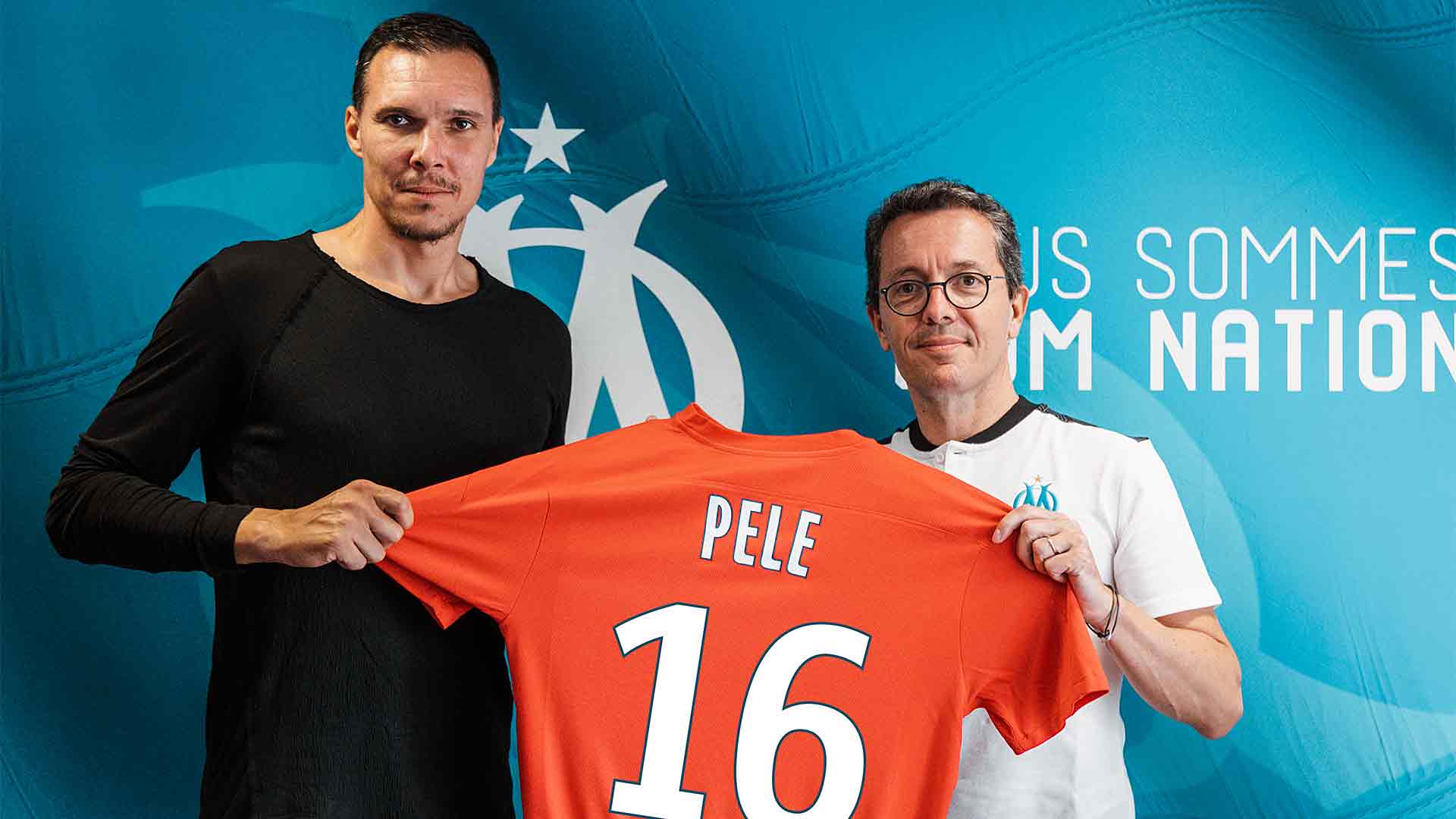