Analyse
Posted by
OM.fr
Partager le contenu
Twitter Facebook LinkedIN
copy url
In their penultimate test before the championship resumes, OM beat Nimes in a behind closed doors encounter thanks to a goal from Caleta-Car.

A preview of Ligue 1 Uber Eats action hovered over the Costières stadium on Sunday evening, when OM took on Nimes in their penultimate warm-up match. The Olympians, who were unable to play their game against Montpellier due to health precautions, are back on the pitch nine days after their defeat by Bayern Munich. Only one change from the previous match was to be noted: Sakai replaced Sarr as right-back.

The Olympians, who had made a timid start to the game, struggled to get out of their half, leaving the ball to Nimes without being dangerous. On the half-hour mark, the Olympians stepped up the pace and made a series of collective moves. Payet got a corner, which he hit and curled. Reynet stepped in and sent the ball back to Rongier's feet. His blocked shot came back to Amavi, who released the ball for Payet. The Olympian No10's beautifully worked the ball over the head of Caleta-Car, who headed the ball past the Nimes keeper. 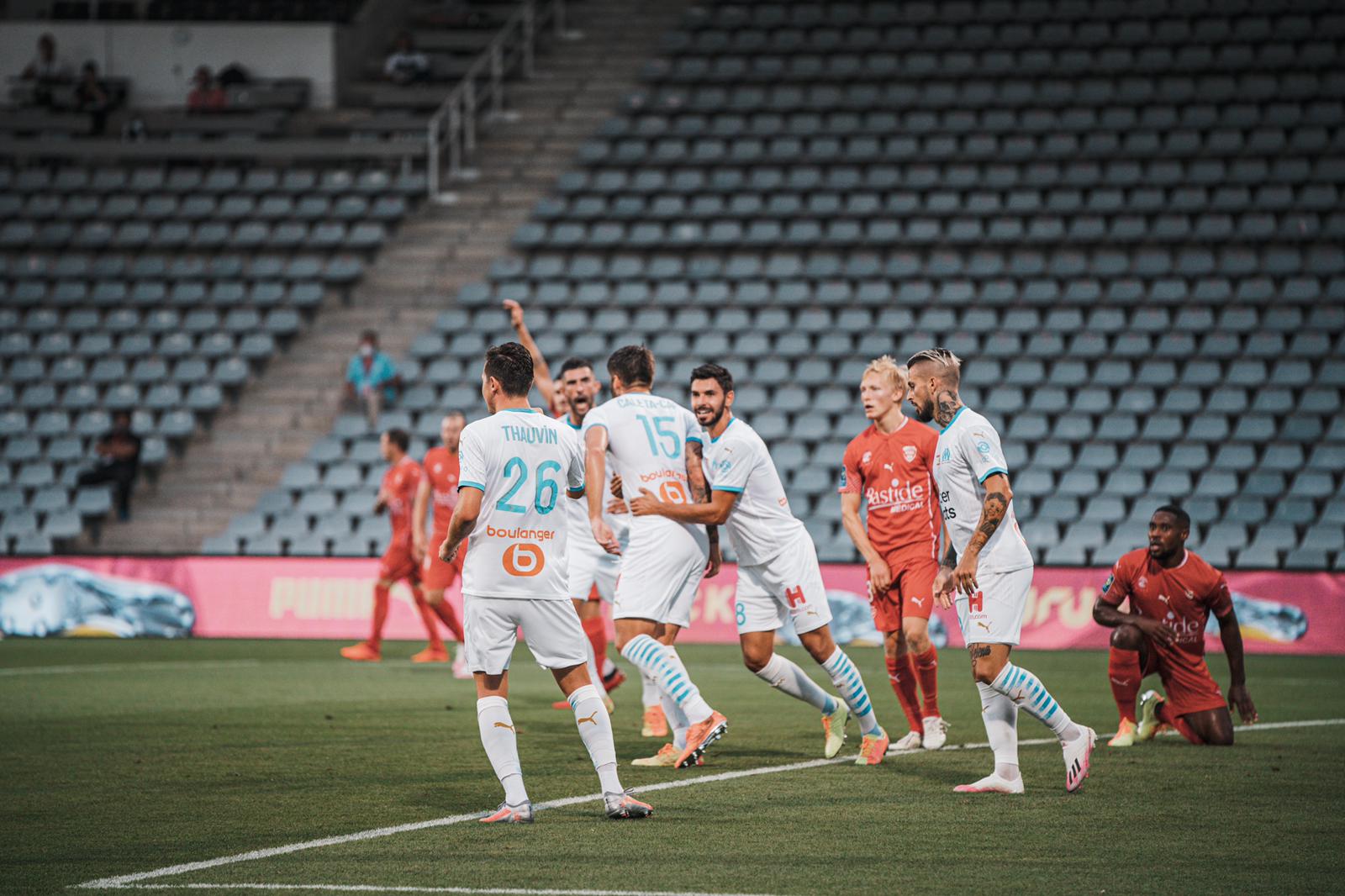 If the Marseille side were to become increasingly dangerous, they had to contend with the injury of Dario Benedetto, who was hit in the right ankle. Marley Aké stepped in for him and narrowly failed to double the lead when Payet's inch-perfect cross from the right found the back of the net. Nimes had a chance late in the half through Ferhat, whose header flew just wide of Mandanda's crossbar.

On the return from the break, two changes were made on the OM side. Balerdi and Sarr replaced Alvaro and Sakai respectively. As in the first half, it was Nimes who were the more enterprising side. Roux (54') and Philippoteaux (60') struck from distance, but Mandanda was not worried. André Villas-Boas continued to turn his side around and before the break, Valentin Rongier, who was set off by Amavi, found the right-hand post of Reynet. As the pace of the game slowed, the Olympians could count on their captain, Steve Mandanda, once again being unstoppable. He made the difference with a long-range shot from Benrahou and then again with another Nimes effort.
The scoreline remained unchanged and the Olympians won 1-0 against Nimes in their penultimate warm-up match. The final details will be settled against Stuttgart on Friday 14 August, a week before the championship kicks off with the home match against Saint-Etienne.