Analyse
Posted by
OM.fr
Partager le contenu
Twitter Facebook LinkedIN
copy url
For their return to the Orange Vélodrome after a six-month absence, the Olympians lost to AS Saint-Etienne who had not won in Marseille for 41 years.

Olympique de Marseille paid tribute to Pape Diouf and Michel Hidalgo. The former OM manager passed away on March 26 and the former president passed away on March 31. The match against Saint-Etienne was dedicated to them. It was the first at the Orange Vélodrome since their passing. Tarpaulins in their memory were deployed in the stands. A moving minute of silence was observed before the kick-off by the two teams and the thousand spectators from Marseille.

Nagatomo was not qualified for this meeting since he arrived after the initial date of the match, Amavi and Benedetto were suspended after their exclusion at the Parc des Princes, last Sunday. Thus, André Villas-Boas "tinkered with the starting XI" as he had said in the press conference on Tuesday. So Balerdi took the left wing of the defense. Sanson had regained his position in the middle (in place of Gueye) and for the rest, the Portuguese technician has kept the same players as in Paris. 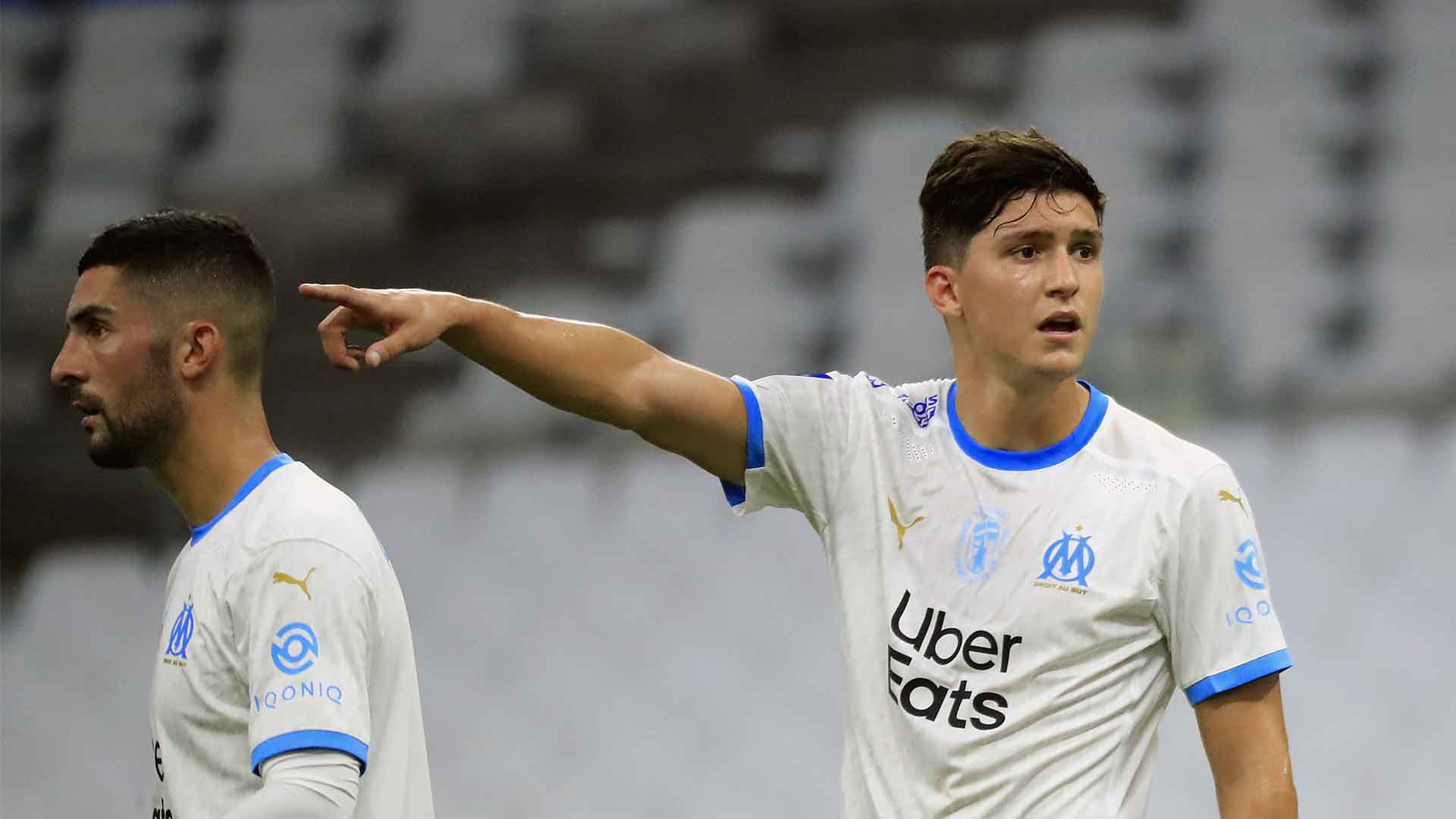 L’OM GIVEN A HOLLOW WELCOME

In the silence of our cathedral, the Olympians were surprised by the start of the game by the Stéphanois who had control of the ball. On their first opportunity, Claude Puel's men, to whom André Villas-Boas presented an OM jersey printed with the number "600" to celebrate his 600th game on a L1 bench, opened the scoring. In the duel with Sakai, Macon sent a low cross for Hamouma who struck perfectly and scored with the help of the post after just six minutes of play.

Upon returning from the locker room, André Villas-Boas launched Aké and Sarr in place of Lopez and Balerdi. The Olympians took the game in its own hands. For a while, they had, in quick succession, two enormous opportunities. The first on a cross from Payet, offset by Thauvin, the Reunionese found Aké but the young striker’s strike crashed into Moulin’s crossbar. Less than two minutes later, Payet, again, crosses back for Sanson whose flat foot is completely crushed but Thauvin on the trajectory of the ball cannot sufficiently straighten the ball which passes a few centimeters from the Saint Etienne goal-post.
Opportunities that the Marseillais regretted when, on a counter attack led by Rondin, Bouanga concluded with an overpowering strike to double the lead.

END OF A SERIES LASTING 41 YEARS

By winning at the Orange Vélodrome on Thursday night in the rearranged match of Matchday 1 of Ligue 1 Uber Eats, AS Saint-Etienne ended a 41-year-old unsuccessful streak in Marseille. The last success of the Greens in Marseille dates back to August 10, 1979. Since then they had played 26 games for 22 defeats and 4 draws. This success propels them to the top of the L1 ranking.

OM, for their part, suffered their first defeat of the season, the first also at home. With six points, the AVB team are in seventh position and have two games to play at home, the first on Sunday against Lille and the second on Saturday September 26 against Metz..