Jerseys
Champions League
Posted by
OM
Partager le contenu
Twitter Facebook LinkedIN
copy url
To definitively launch the Marseille team's European campaign, the day after the discovery of their future opponents, PUMA Football and the Olympique de Marseille reveal the outfits with which the Marseille team will fight at the highest level.

Since the beginning of its partnership with Olympique de Marseille, PUMA has been developing its campaigns, speaking engagements and product ranges based on the characteristics of the Marseille identity and the values of the club. The launch of the home and away jerseys for the 2020/2021 season is part of the "cOMbat continues" campaign which pays tribute to the commitment of the club, the fans, the players and the city, all together to meet the major challenges of this new season.

The Third jersey symbolises the return of the Olympique de Marseille to the biggest European stage and is an opportunity to make the Marseille identity shine beyond the French borders. This new European kit is unveiled during one of the first highlights of this new European campaign: the draw for the group stages of the Champions League. The players will inaugurate it in a match during a European level opposition against Lyon on 4 October.

For this jersey, PUMA and the Olympique de Marseille have chosen to honour art and more particularly music since Marseille shines on France on many levels, but Marseille hip-hop has also become an institution and an emblem of Marseille's culture through the ages. As early as the 90s, Marseille was a pioneer city on the hip-hop scene with the emergence of real references of this musical movement. Today, it is still one of the most important breeding grounds for young talents proudly wearing the colours of their city and their club.

The design of the Third jersey, represents waves in a shade of blue starting from the heart: the Olympique de Marseille logo. This pattern refers to the oscillations of sound in the air created by music and is also reminiscent of heartbeats. The PUMA and OM logos were affixed in a fizzy yellow, a strong colour regularly used on the iconic Marseille rap album covers, bringing modernity and freshness to the outfit. The name of the Marseille city was embroidered on the back of the collar to reinforce the identity aspect. The jersey is accompanied by socks & shorts in the same shade of blue. 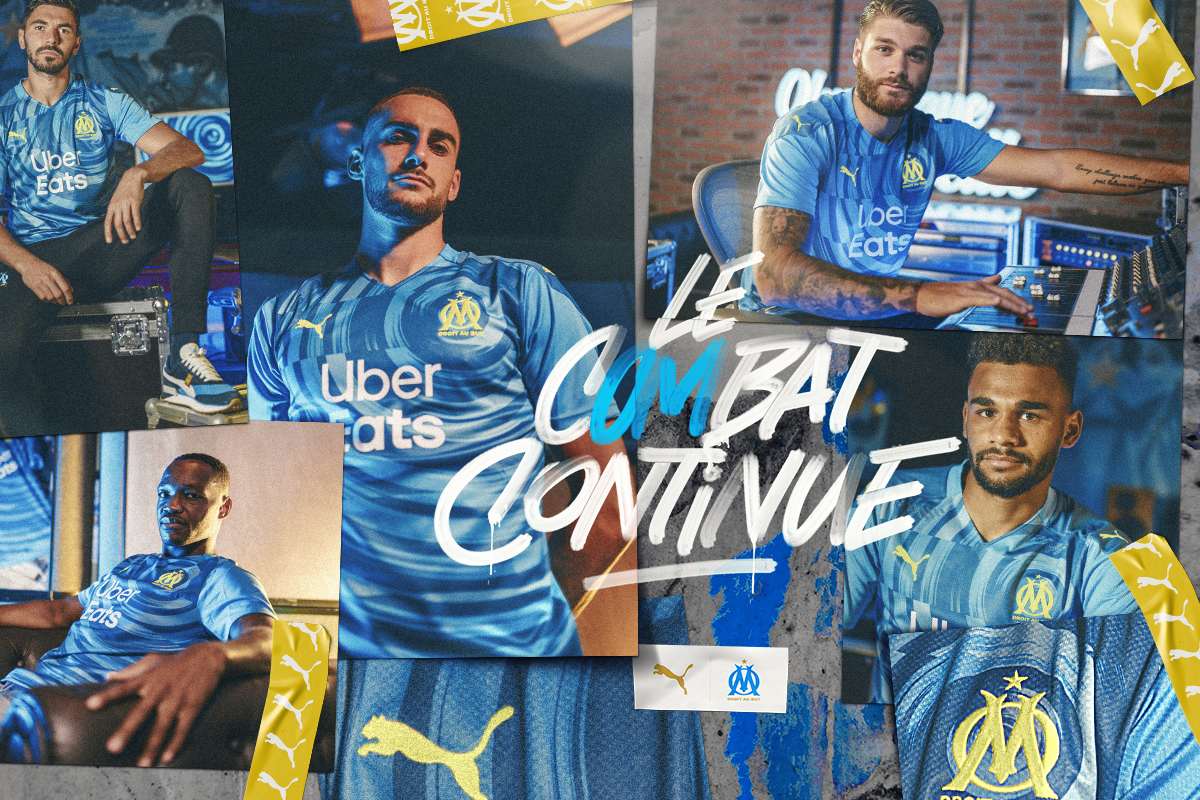 The third jersey of Olympique de Marseille is equipped with technology: an NFC chip giving access to "Money can't buy" prizes for fans as well as exclusive surprises throughout the season. This content will be available by scanning the chip from the OM App. This chip is housed at the bottom of the jersey in an embroidered badge: 111 BPM. This embroidery refers to the 111 districts of Marseille and to the "Battements par Minute", a symbol of the deep attachment of the people of Marseille to their city and each of its districts. These NFC chips will be present in the shirts sold on the French market.

There are two types of jerseys incorporating new technology:

NFC chip: Instructions for use 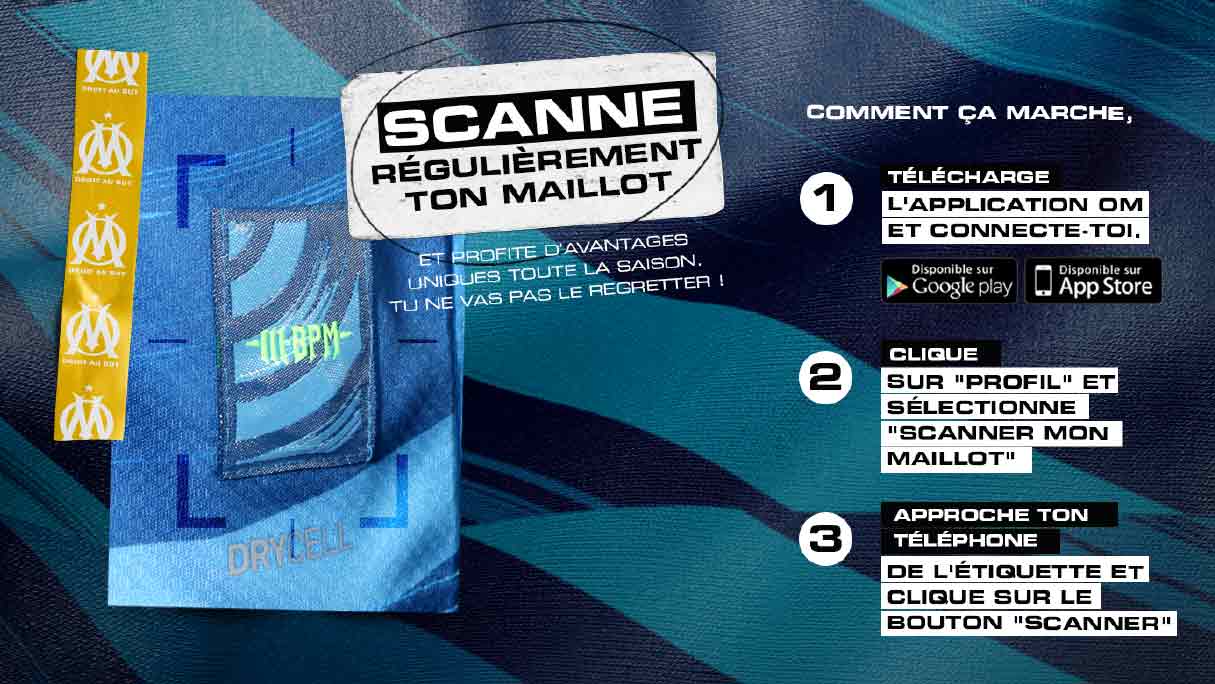