NO CHANGE IN XI

The starting eleven against Nice satisfied Nasser Larguet who decided to bring back exactly the same players to play against Nantes. Led by captain Steve Mandanda, the OM defence consisted of Sakai, Alvaro, Caleta-Car and Nagatomo. In this 4-2-3-1, Gueye and Kamara were both positioned in front of the defence, with Payet in number 10. Double scorer in the week, Saîf-Eddine Khaoui was back in the starting line-up on the right side of the Olympien attack, as was Luis Henrique on the left, who had delivered a decisive pass a few days earlier. Bamba Dieng was also in.

Facing a low block like the one in Nantes formed with two lines of four and two strikers, opportunities were rare. Pressing Olympians and largely dominant in terms of possession tried to find the little space left by the Nantes team. Sakai managed to escape on his right side and eliminate the Canaries defender. His cross from the tip of his foot found Dieng, his effort going wide. In a rather closed match, the two teams returned to the dressing room with a goalless draw.

On returning from the changing rooms, Nasser Larguet made two direct changes. Luis Henrique and Bamba Dieng handed over their places to Valentin Rongier and Valère Germain.

The Olympiens were trailing after Blas had opened the scoring. The team pushed to come back and were rewarded after a nice collective action. A superb control from Rongier, a pinpoint cross from Yuto Nagatomo and an extension from Payet allowed OM to equalise. In a tight end to the match, OM found the mental resources to get back on the scoreboard but unfortunately finished the match with ten men after Sakai was sent off for a high foot on Bamba.

The Olympians will have a full week to prepare their next match: hosting Lyon next weekend. 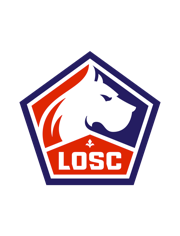