Analyse
Posted by
OM.fr
Partager le contenu
Twitter Facebook LinkedIN
copy url
The Olympiens were leading 3-2 but suffered an equaliser from Montpellier in the very last moments of the match.

A RETURN IN DEFENCE

Jorge Sampaoli was able to count on his usual central defensive line for the match against Montpellier. Duje Caleta-Car, who was absent against Dijon, made his return to the heart of the defence alongside his partners: Balerdi and Alvaro. On the left flank, Luis Henrique once again gained the confidence of his coach, as did Pol Lirola on the right. Boubacar Kamara, Pape Gueye, and Florian Thauvin made up the midfield. Milik and Payet occupied the attack. However, the Argentine coach still had several injured players: Valentin Rongier, Jordan Amavi, Yuto Nagatomo, Yohann Pele, and Hiroki Sakai, who was added to the list this week.

THE START OF THE MATCH

You could not have been late to watch the start of the game between Montpellier and OM. After only twenty seconds of play, the Héraultais opened the score through Delort. In the pouring rain and in front of the Montpellier block, it was complicated to build actions. In spite of a large possession of the ball, the Olympians were facing a block that was well in place and difficult to circumvent.

In three minutes, OM reacted and completely changed the game. Kamara's opening for Milik allowed OM to equalise. The Pole's sequence was perfect: he took the ball away from the defender with a little bridge and finished with his left foot. Galvanised by this goal, the Olympians made the perfect move by taking the lead on the scoreboard. After a cross from Lirola, Payet sent Thauvin through on goal. His shot, pushed away by the Montpellier defence, came back to Gueye, who fitted the ball in perfectly and fired past Omlin. At the break, OM were leading 2-1. 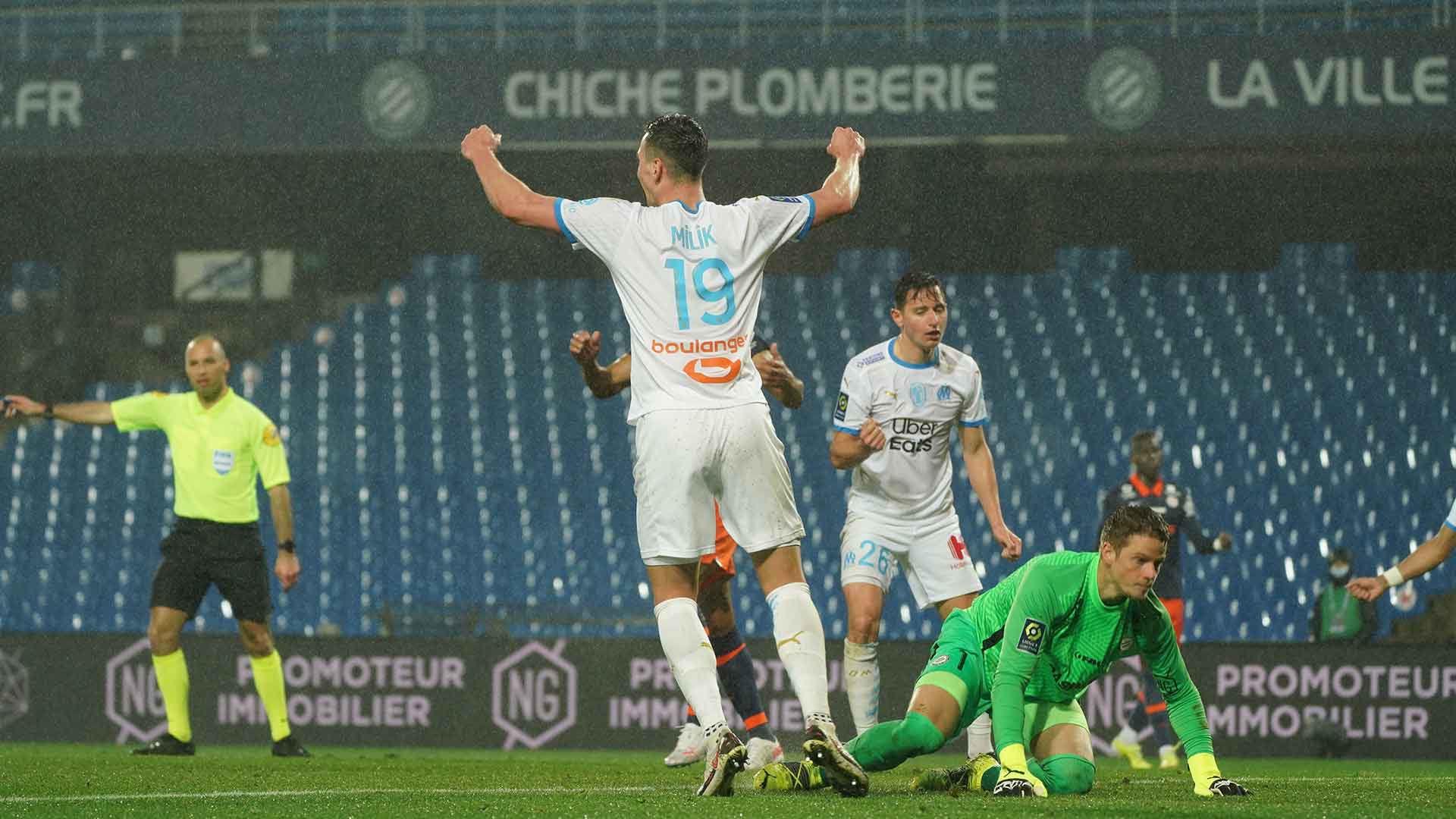 Perrin STEPS IN AND SCORES

The second half could not have started worse for OM who, as in the first half, conceded an early goal from a Laborde shot. But in a very animated match, it was certain that there would be more events happening. The first was not to the advantage of the Olympians: Caleta-Car was sent off after a foul on Sambia. The referee didn't hesitate and gave a red card. The red card prompted Jorge Sampaoli to make a tactical change and Lucas Perrin came on. The story could not have been more beautiful for the pure Marseille player who, with an unstoppable header, gave his team the lead.

Just as OM thought they had won, Montpellier equalized in the very last moments of the match, despite numerous saves from Mandanda. It was terrible for our Olympians who had given their all to bring back the victory in numerical inferiority.

The best pisctures of the OM success at Orange Vélodrome against Angers in L1 (day 37).