Against Saint-Etienne, you shouldn't be late. Only two minutes after the start of the game, De La Fuente opened the score for OM. Served by Benedetto, the American made an exceptional control to beat Green with his left footed strike. Starting for the first time, as well as Guendouzi and Saliba, De La Fuente was attacking hard. Marseille kept pressing and pushing forward. Payet, with his head, almost made it 2-0, but he couldn't find the header on target. Unfortunately, OM had a hard time in this first half with the exit of their captain, Steve Mandanda, injured. Simon Ngapandouetnbu came in. He could not do anything on the goal of St. Etienne in the aftermath, on their first attempt from Wahbi Khazri.

At the end of the first half, only a shot from Payet was not on target. Both teams went to the locker room with a score of 1-1. 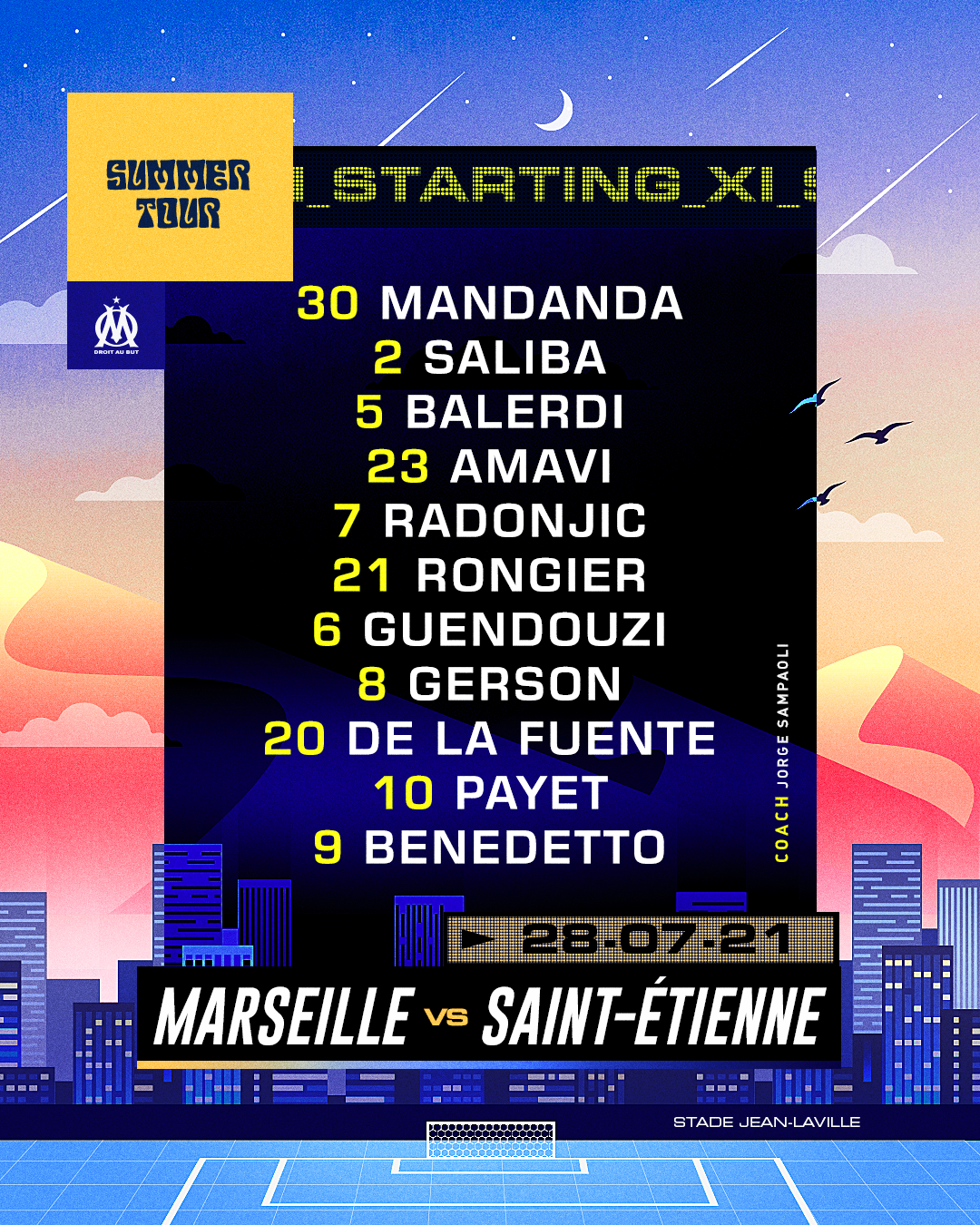 Immediately, Jorge Sampaoli made two changes. Dimitri Payet and Nemanja Radonjic gave way to Cengiz Ünder and Pape Gueye who took the captain's armband. In form since the beginning of the match, De La Fuente caused great problems to the St. Etienne defense. The American delivered a jewel of a pass to Dieng who took the ball but hit the green wall.

At the very end of the game, Alvaro gave the advantage to OM with a header at the near post after a corner from Ünder.

The Olympians are still unbeaten this summer. They will have a dress rehearsal against Villarreal at the Orange Velodrome before the start of the 2021-22 season.