With the stoppage of the match at Groupama Stadium between Lyon and OM, it has been 18 days since Jorge Sampaoli's men played a match in its entirety (OM - Metz at the Orange Velodrome, 0-0, 7 November). The Argentine coach has made changes since the last game for his Olympiens, specifically due to the suspensions of Payet and Rongier. Compared to the home game against Lorraine, Lopez, Kamara, Gueye and Dieng took the places of Mandanda, Henrique, Ünder and Payet.

Galatasaray Takes the 1st half lead

A first shot by Diagne struck Lopez's crossbar in the 10th minute. The alarm was sounded for Marseille. But the Turks took advantage to open the score on a quickly led counter. Cicaldau hit it hard between the legs of the Olympic keeper. With their second shot, the hosts scored Galatasaray's fourth goal in the competition.
Jorge Sampaoli's players also hit the post. After a build-up move by Peres. His left-footed shot hit the base of Muslera's post.
The Turks doubled the lead with a cross from Cicaldau, again on the right, which was blocked with both legs by Caleta-Car. The ball went to the back of Lopez's goal who was caught off guard.
After Peres, it was Dieng, released deep by Guendouzi, who saw his shot hit the crossbar of the stambouliote club. 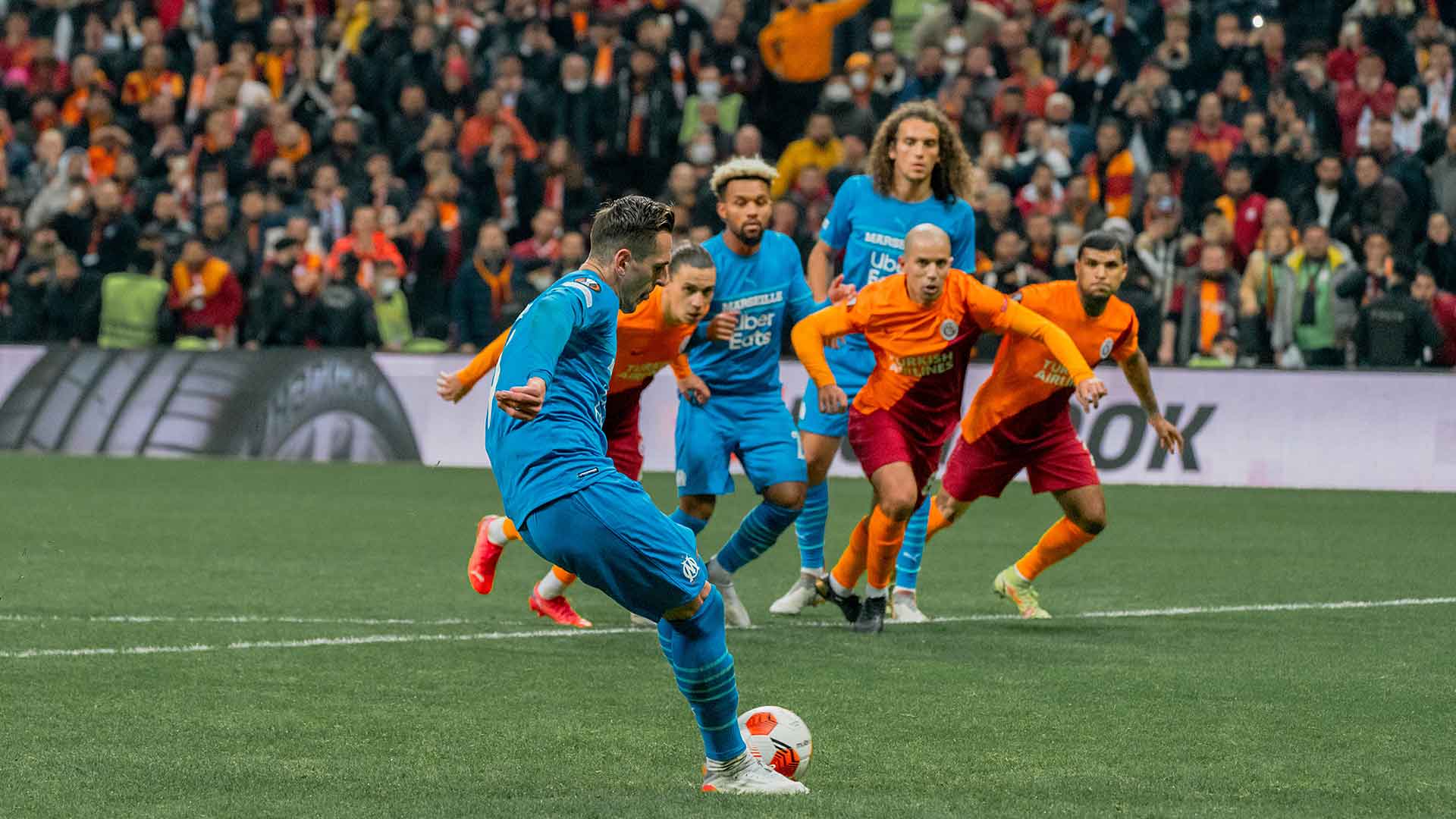 In the second half, the Turks re-took the advantage with a goal by Feghouli, the former Grenoble player. The Olympiens did not let up and continued pushing, a few minutes after the entry of De la Fuente, with a penalty won by Dieng. Milik converted it in two steps after Muslera's save. The hosts scored a fourth goal through Babel, on his first touch. Shortly after, Milik headed in a cross from De la Fuente to reduce the deficit.
The scenario was very bad for OM because the defeat in Turkey and the success of Lazio (0-3 at Lokomotiv) definitively closed the doors of the Europa League. It remains to be seen if the Olympiens can win their match against the Russians at home to consolidate their third place and continue the European adventure in Europa Conference League.

OM won their second straight league game with a goal from Gerson in Nantes. The victory allows the...