Olympique de Marseille have been one of France's favourite clubs for more than 25 years and remain the only French team to have won the Champions League. The club has a new lease of life since its takeover in 2016 by American businessman Frank McCourt.

OM Records will become the only major label to have its headquarters in Marseille, the second largest city in France, and historic bastion of French hip-hop and rap since the 1990s. I AM and Fonky Family, - represented by BMG for their first albums in their catalog - for example, began their careers in Marseille, paving the way for subsequent generations of artists like Psy 4 de la Rime, Soprano, Alonzo, Jul, Naps, YL, SCH, Soso Maness and so many others.

This new partnership makes BMG the exclusive musical partner of OM on all its musical projects and activities. It also includes a license agreement for the BMG Music Library that OM will use for its internal and external content.

Jaques-Henri Eyraud, President of the Olympique de Marseille: “Olympique de Marseille is unique from all football clubs, but the club shines from beyond the pitch as well, and in particular among the youth of Marseille by supporting all forms of artistic expression. Marseille has been a cradle of French rap and hip hop since IAM, and the links between OM and local artists have been strong for years. The launch of OM Records completes this link and symbolizes the club's desire to promote the unique energy that emanates from Marseille and its inhabitants all over the world.”

For Sylvain Gazaignes, Managing Director of BMG France: “There are many cultural links between football and hip-hop, especially in a city like Marseille where the music scene is always flourishing. The goal of this partnership with OM is to offer new opportunities to established artists, emerging talents and artist collectives from Marseille, the South of France at large and even Africa."

BMG has appointed Emilie Hauck, Artistic Director of OM Records, to manage this label and all other musical activities with the club. Emilie Hauck is based in Marseille and reports to Sylvain Gazaignes: "BMG and OM share common values, we want to bring our strength and expertise to the service of artists who love this legendary club."

OM and BMG began their collaboration at the start of the pandemic, when OM brought together a collective of artists and MCs from Marseille under the name OM La Compo to create the charity single "cOMbat daily", distributed by BMG. All the profits from the song were donated to hospitals in Marseille and to the most disadvantaged in the region, via the OM Foundation.

OM has always been a pioneer in social networks and in 2020 will become the first Ligue 1 club to broadcast a match live on Twitch.

BMG and OM are excited for this historic and innovative partnership, a world first on this scale.

Founded in 2008, BMG is already the fourth largest music publisher in the world and a new major player in production. Designated in 2020 as one of the most innovative companies in the world by Fast Company, BMG stands out for its unique approach, which emphasizes fairness and transparency as well as service to its clients, artists, performers and songwriters. BMG's 19 offices in 12 countries now represent more than 3 million songs and recordings, and thousands of artists and songwriters drawn to its new approach. After music publishing and phonographic production, BMG also moved into film production and book publishing. BMG is owned by the international media, services and education company Bertelsmann, whose other content activities include broadcaster RTL Group and its subsidiary M6 Group, publisher of literature Penguin Random House, and magazine publisher Gruner + Jahr with its French subsidiary Prisma Presse. With its multiple perspectives, its integrated technology platform and its commitment to help artists maximize their income, BMG wants to become the partner of choice in the music world.

OM and Puma reinforce their commitment to amateur football

For the match against Auxerre, Puma and Olympique de Marseille have united to support amateur... 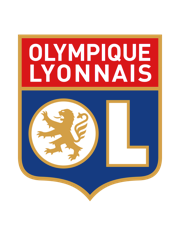