During the 1964-1965 season, OM performed poorly in the second division. Marseille is shunned by its supporters. The mishaps were really felt during the championship match between OM and Forbach at the Vélodrome stadium in April 1965 when only 434 fans were present in the stands. Sad, but historical!

At the end of the 1963-1964 year, Olympique de Marseille finished fifth in the second division and just missed the climb. But in the summer of 1964, the club went bad. A lack of resources, more coaches, and several major player departures (Dogliani, Moulon, Makowski, Boucher, Keller, Peretti, Bernard, Milazzo) the following season looks complicated.

OM has a huge number of young talents. Jean-Paul Escale, Andre Tassone, Albert Sejvier and Jean Markiewicz are the only experienced players in the Marseille squad. The president of the Provencal club Jean Marie Luciani then trusts Mario Zatelli with the heavy task of training OM.

The typical Olympien team is: Escale - Tassone, Sejnera, Markiewicz, Barellas - Bordere, Roig, Hodoul - Baulu, Joseph, Cassar. Unfortunately, it will not perform any miracles. The Phoceans make a catastrophic start to the season with only three league wins in the first half.

The Phoceans are experiencing disappointments and are even humiliated in the sixth round of the Coupe de France on 20 December, 1964 at the Stade Vélodrome against Gazélec Ajaccio in front of 11,049 spectators (1-5). OM score just 26 goals in the second division during the season. Standing at 16, Jean-Claude Scotti, Roger's son, also scored four goals.

The Marseille season has its saddest moment in April 1965. The Marseillais face Forbach on 23 April, 1965 and only 434 spectators are present at the Stade Vélodrome to attend. OM nevertheless won this match 3-0 thanks to the achievements of Bordone, Tassone and Markiewicz. Despite the lowest attendance recorded on the Boulevard Michelet, Marseille won its biggest success of the season. A paradox. This meeting symbolizes the nightmare season of Olympique de Marseille.

Les Olympiens finished 1964-1965 in a sad 14th place in D2. At the end of the season, there is even talk of a filing for bankruptcy OM and the creation of a new professional club in the city. But a certain Marcel Leclerc bought the club and he does not know yet that he will write one of the most beautiful pages in the history of the club. 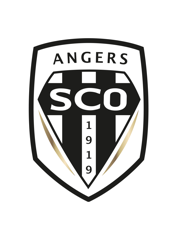