Josip Skoblar is a legend of Olympique de Marseille. His impressive striker skills allowed him to thrill the home fans and score 175 goals between 1966-1967 and 1969 to 1974! The Croatian is the second best all-time goal scoring Olympien (151). As skilful on the left foot as on the right foot, Skoblar was a striker as it seldom exists. With a formidable strike and an unstoppable head game, Skoblar fit perfectly with the motto of the club "Droit au but".

Born 12 March, 1941 in Zadar, Skoblar joined OM in 1966 at the initiative of Mario Zatelli and Marcel Leclerc. Josip signed with Hanover but his contract was not approved and he could not play. The Marseille club and Hanover agreed on the loan of Josip Skoblar in the south of France until the end of the season. The Yugoslav conquered Marseille by scoring 13 goals in six months. Associated with Joseph (15 goals) throughout the season, he left OM at the end of the 1966-1967 financial year and returned to Germany. But Marcel Leclerc wanted to bring him back permanently. Two years later, when his contract with Hannover ended, the leaders of Marseille offered him a contract and the Croatian accepted it.

An excellent finisher and very surly, Skoblar knew how to do everything with a ball. Skoblar loved to shoot low with full force. A Golden Shoe winner in in 1971, his goal against Gornik in the European Cup is one of his most important -- since he qualified OM to face the great Ajax and Johan Cruyff. Nicknamed "The Spotted Eagle" thanks to his incredible qualities, Skoblar is nevertheless a very nervy player. On April 18, 1973, during the quarter-final of the Coupe de France between Lyon and OM (4-0), Josip Skoblar lost his nerves in the middle of the match and punched Raymond Domenech in the face. Skoblar was then excluded by the referee.

Skoblar won the championship in 1971 and the historic double Cup-Championship in 1972. His extraordinary association with the Swede Roger Magnusson was lethal to opponents and nothing could stop them. "The Spotted Eagle" scored 44 goals in the league during the 1970-1971 season! A record still held today by the Yugoslavian international (32 caps, 11 goals). He finished top scorer of D1 in 1971, 1972 and 1973 and scored 100 goals in his first 100 games played with OM. In seven seasons at OM, he scored four times twice, 8 hat tricks and 36 braces.

ENDED HIS CAREER AT NK RIJEKA

But the arrival of the second Brazilian Jairzinho, led to the departure of Josip in 1974 and he ended his career as a player at NK Rijeka. He was chosen (April 1977) as technical director of the OM where he returned in July 1977 but internal conflicts caused his departure. He started a coaching career. He won the Yugoslav Cup twice in 1987 and in 1991 with the Hajj Split and played for Marc Lévy at OM in August 2001 for a match. He is notably made Knight of the National Order of Merit in 2015 by the mayor of Marseille, Jean-Claude Gaudin. Skoblar remains a living legend in the Phocaean city, he was club ambassador for 10 years. 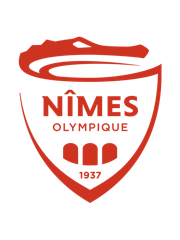