With the return of Duje Caleta-Car and Jordan Amavi from suspension, the Portuguese coach found - with the exception of Alvaro - his defense back at full force. The only real question was about the right side of the attack. André Villas-Boas started Sarr at a post where Germain, Radonjic and Lopez competed in the last match. The midfield was identical to the one that started in Sunday's match.

Before the warm-up, Valentin Rongier, selected "Olympien of the Month" in September, was honoured with his trophy. The final incoming Olympien this season has taken to the team like a fish to water.
The traditional playing of Van Halen's "Jump" for the entrance of the players was played live on the piano by Mourad, a young pianist, 15, from the neighborhood of La Castellane in Marseille. His rendition was received to the delight of the spectators inside the Orange Vélodrome.
The honorary kickoff of the game was given by Professor Collart and Olympien legend Bernard Pardo for the donation of organs, blood, marrow and tissue. Several tens of thousands of ambassador gift cards were distributed throughout the stadium before the match thanks to a beautiful initiative launched by La Provence and supported by OM, "All ambassadors of the gift".
Finally, Marseille honored Daniel Leclercq, former Olympien champion of France with OM in 1971 and 1972, and the 13 French soldiers who died in a tragic helicopter crash in Mali. 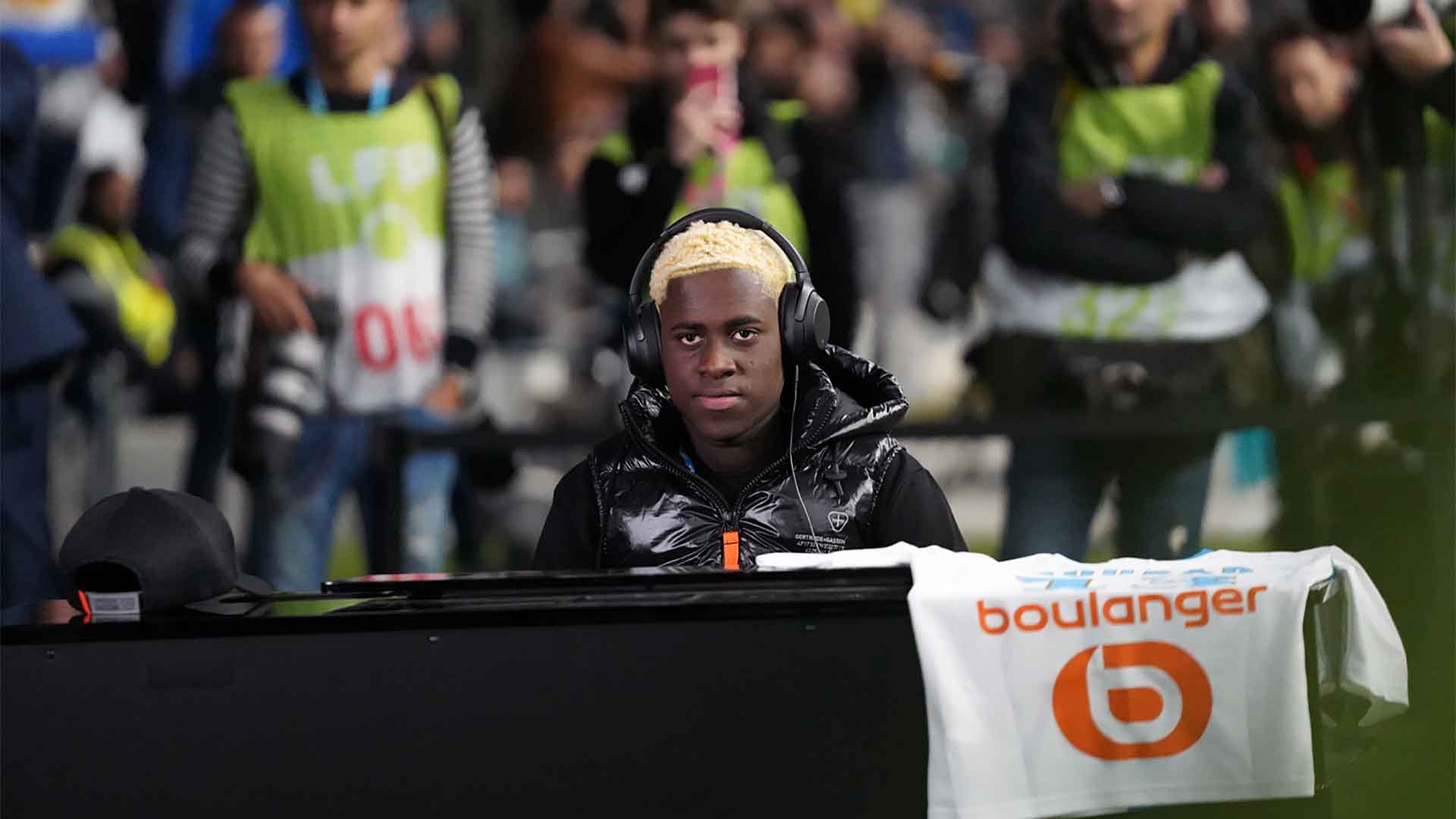 Largely dominated by OM, who shot 13 times (4 on goal), the first half was rhythmic and enjoyable. The two teams did not shy from the game, but instead both delivered and crashed the woodwork at each end. Steve Mandanda was rescued twice, on the same shot by Cardona. The ball touched both uprights along the goal-line before returning into play ... A few minutes later, Sanson, off a cross by Benedetto, found the crossbar.
The Argentine striker had two good chances, a 1-v-1 and a volley, but he saw both shots saved.

After the halftime break, les Olympiens ramped up the tempo. A free kick from Payet was saved by Larsonneur into the feet of Caleta-Car, who placed it outside of the frame. The pressure by OM ended up paying off. On a quick touch, Payet fed Benedetto as the Brest goalkeeper came off his line, but both missed the ball. The Argentinian was the fastest to recover but it was cleared by the defense. With the ball still in play, it was powered into the goal by Sarr!
On a free kick, Payet hit the crossbar and shortly after, a strike from the left of Rongier crashed onto the post to the right of the keeper.
OM still dominated the game and still had opportunities through Payet, Amavi and Benedetto.
The end of the match was crazy. Brest's Cardona equalized with just 60 seconds of the 90 minutes. Seconds later,  Radonjic, who had just entered, took the ball into the corner of the 18-yard box and launched a curling game-winner. The Orange Vélodrome that went through all the emotions in just a few moments! 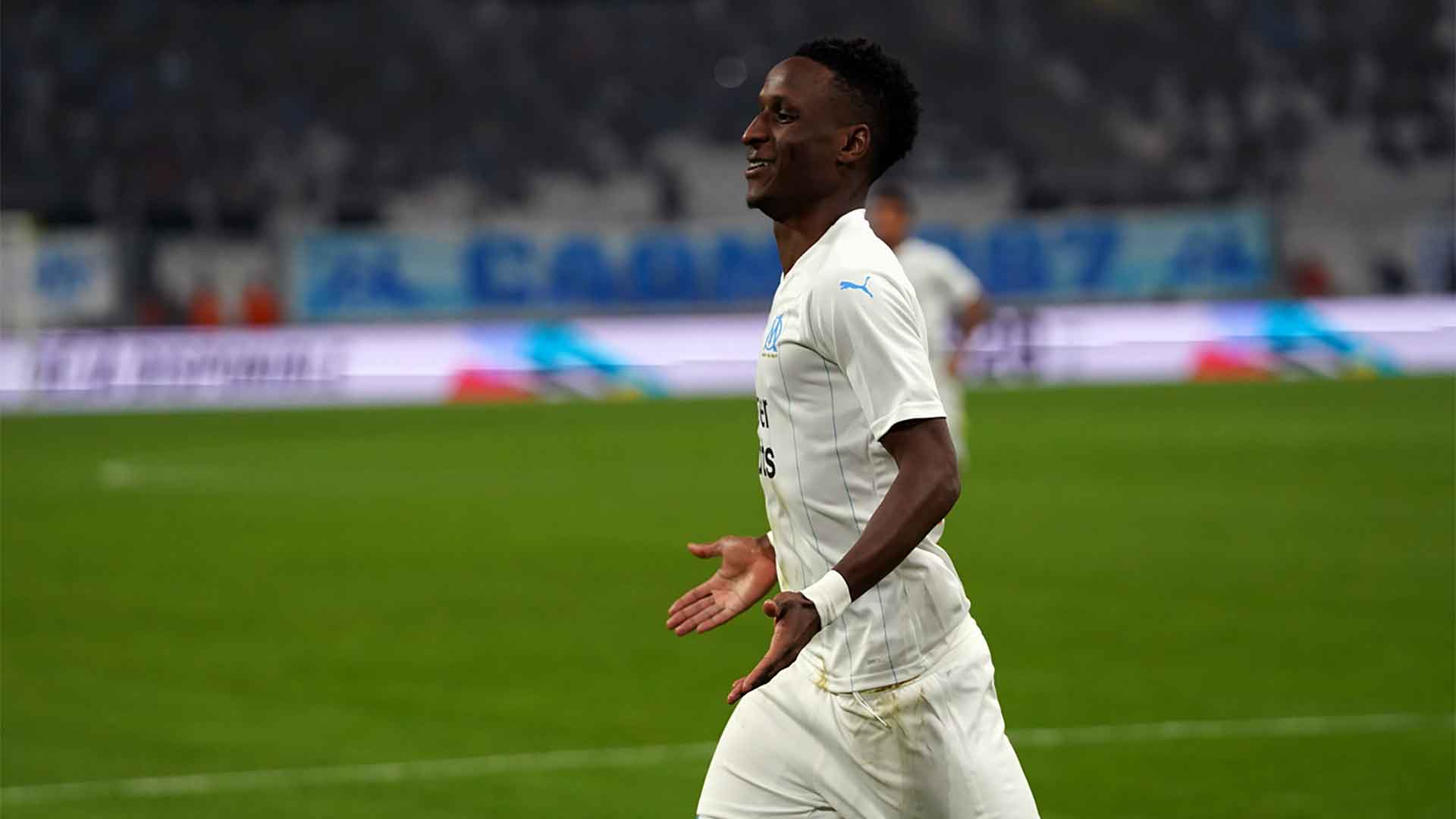 The advantage of playing first in a day of championship ... is when you win! This allows you to watch quietly from your couch as competitors play on Saturday and Sunday. With three points in the bag on Friday night at Orange Vélodrome, OM locks itself into second place in the table, four points clear of Angers and six ahead of Bordeaux, the next closest opponents, in Ligue 1 Conforama.