Arkadiusz Milik is an Olympien

The Polish striker has committed to OM in the form of an 18-month loan with a purchase option. After Pol Lirola, Arkadiusz Milik is the second Olympien recruit in the winter transfer window.

Arkadiusz Milik was born on 28 February 1994 in Tychy, Poland. This left-handed man with undeniable finishing qualities was already making a name for himself at the age of 16 in Katowice. In 2011-12 he joined the Gornik Zabrze club where he discovered the Polish first division.

Under the impulse of former OM striker Rudi Völler, sports director of Bayer Leverkusen, he moved to Germany in December 2012. He featured little in the red and black jersey. At only 19 years of age, he needs to gain playing time and experience and moved on loan in 2013-14 to FC Augsburg and then to Ajax Amsterdam in 2014-15.

In Holland, the Polish prodigy reveals himself and discovers the Champions League. He scored 23 goals in 34 games and his loan turned into a transfer. The second season at Ajax was just as prolific with 24 goals in 42 games. His stats caught the attention of the big European clubs.

Arkadiusz Milik's season follows one after another: 20 goals in 2018-19 (47 matches) then 14 in 2019-20 (32 matches). He won his first trophy that season by winning the Italian Cup final. He also scored the winning penalty kick against Juventus.

A left-handed striker at the age of 26, the Pole is a formidable striker, technical, skilful and capable of hitting in all positions. Arkadiusz Milik will use all his energy and talent to help the club reach its goals.

"I am very satisfied because we have taken one of the best players in his position in Europe. He is a very good player. We show the ambition of the club and I would like to thank Frank McCourt and Jacques-Henri Eyraud for their determination in the deal. We made efforts for such a transfer in a difficult period. Thank you to the club for its ambition and to the player for his willingness to come to OM.
Arkadiusz Milik has technical and physical qualities, he has a good ability to finish the action. He proved that he had personality at Leverkusen when he was very young, at Ajax but also more recently with Napoli in the Champions League or with the national team where he showed a lot of determination". 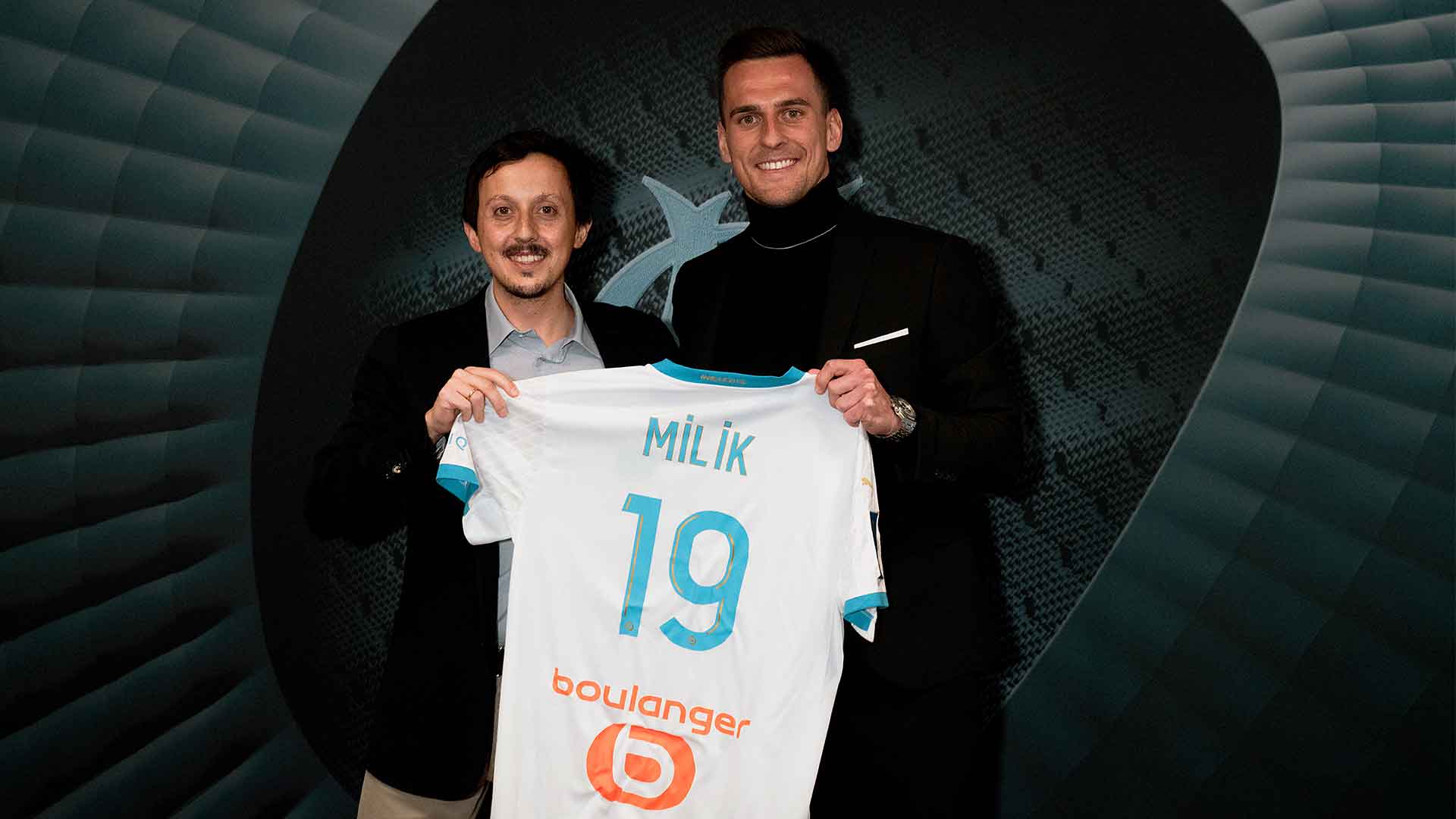